All About Graphic Designers

Graphic Designer Job Description Design or create graphics to meet specific commercial or promotional needs, such as packaging, displays, or logos. May use a variety of mediums to achieve artistic or decorative effects.

Graphic Designers state the following job skills are important in their day-to-day work.

Active Listening: Giving full attention to what other people are saying, taking time to understand the points being made, asking questions as appropriate, and not interrupting at inappropriate times.

Speaking: Talking to others to convey information effectively.

Social Perceptiveness: Being aware of others’ reactions and understanding why they react as they do.

Judgment and Decision Making: Considering the relative costs and benefits of potential actions to choose the most appropriate one.

Related Job Titles for this Occupation:

In 2016, there was an estimated number of 266,300 jobs in the United States for Graphic Designer. New jobs are being produced at a rate of 4.2% which is below the national average. The Bureau of Labor Statistics predicts 11,100 new jobs for Graphic Designer by 2026. Due to new job openings and attrition, there will be an average of 26,000 job openings in this field each year. 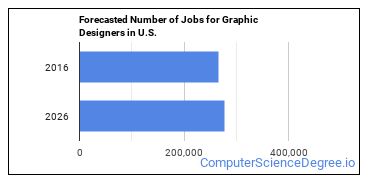 The states with the most job growth for Graphic Designer are Utah, Washington, and Nevada. Watch out if you plan on working in Alaska, Maine, or Kentucky. These states have the worst job growth for this type of profession.

Do Graphic Designers Make A Lot Of Money? 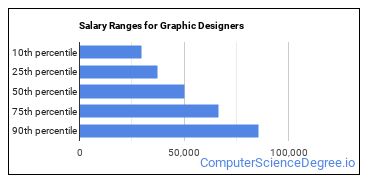 Graphic Designers who work in District of Columbia, Massachusetts, or New York, make the highest salaries.

Below is a list of the median annual salaries for Graphic Designers in different U.S. states.

What Tools & Technology do Graphic Designers Use?

Although they’re not necessarily needed for all jobs, the following technologies are used by many Graphic Designers:

How to Become a Graphic Designer

Individuals working as a Graphic Designer have obtained the following education levels: 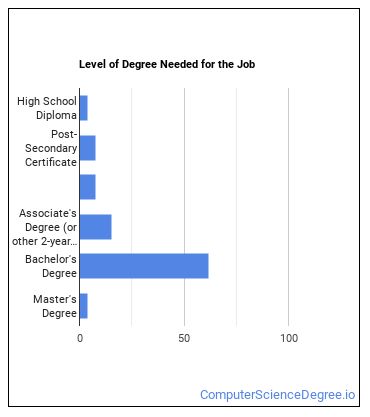 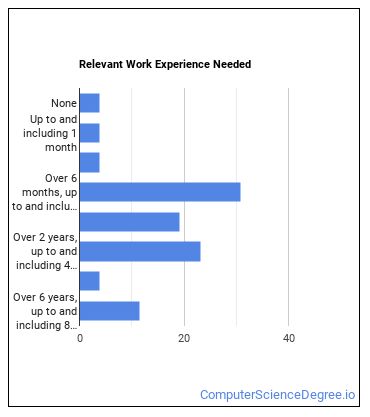 Where Graphic Designers Are Employed 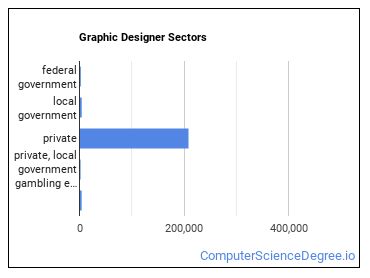 The table below shows the approximate number of Graphic Designers employed by various industries. 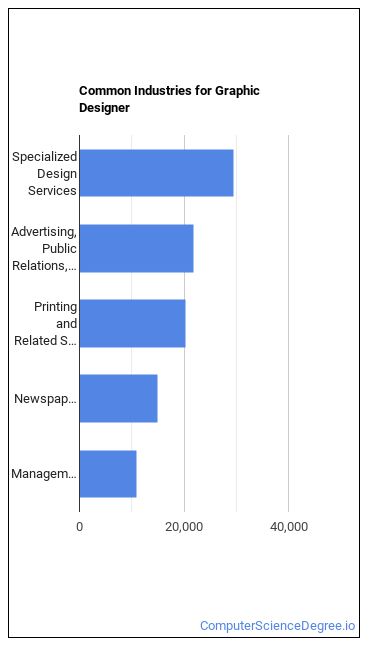 Are you already one of the many Graphic Designer in the United States? If you’re thinking about changing careers, these fields are worth exploring:

Image Credit: Szilas in the Budapest Museum of Applied Arts via Public domain