1 Yearly Graduations
0% Women
There are 2 colleges and univerities across the nation that offer a doctor's degree in networking. Approximately 0% of recent graduates in this major were women, and no racial-ethnic minorities were represented in this group.

The following table shows the number of diplomas awarded in networking at each degree level. 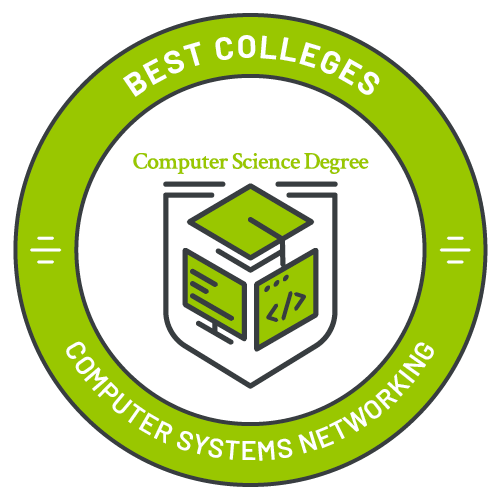 We are unable to calculate the median earnings for networking majors with their doctor's degree due to lack of data.

We do not have the data to calculate the median and range of debt loads for networking students who are doctor's degree holders.

More men than women pursue doctor's degrees in networking. About 100.0% of graduates in this field are male. 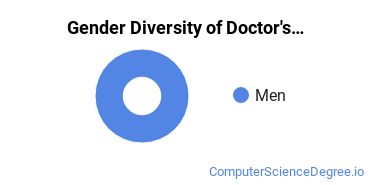 The racial-ethnic distribution of networking doctor’s degree students is as follows: 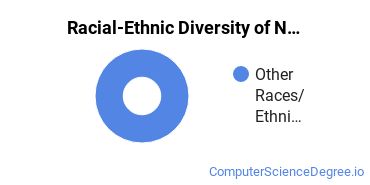 There are 2 colleges that offer a doctor’s degree in networking. Learn more about the most popular 2 below:

University of California - Irvine tops the list of the most popular school in the U.S. for networking majors who are seeking their doctor's degree. The average in-state tuition for full-time undergraduates is $11,442 per year, while in-state graduate students, on average, pay $11,442 per year.

The networking program at University of California - Irvine awarded 1 doctor's degrees during the 2018-2019 school year.

Below are some popular majors that are similar to networking that offer doctor’s degrees.