An Information Systems major is the 21st most popular major in this state.

In New York, a info systems major is more popular with men than with women. 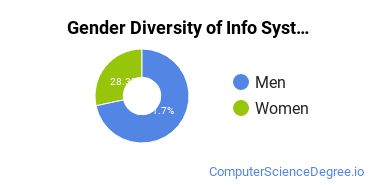 The racial distribution of info systems majors in New York is as follows: 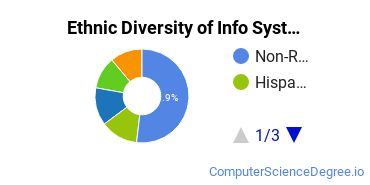 In this state, there are 68,650 people employed in jobs related to an info systems degree, compared to 954,430 nationwide. 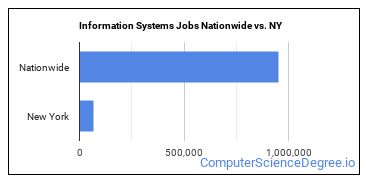 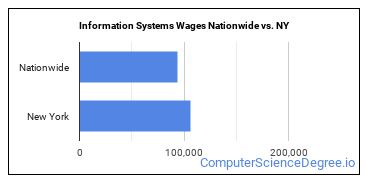 There are 4 colleges in New York that offer info systems degrees. Learn about the most popular 4 below:

Graduates earn an average $32,600 after graduation. An average student at DeVry College of New York-Midtown Manhattan will pay a net price of $27,145. 89% of students are awarded financial aid at this school.

It takes the average student 4.37 years to graduate. 14 to 1 is the student to faculty ratio. In their early career, Pace University grads earn an average salary of $42,400.

Roughly six years after entering college, graduates of this school earn $25,700 a year. Students who attend this public school pay an average net price of $6,836. Seeking financial aid? At this school, 85% of students receive it.

This public college charges it's students an average net price of $14,393. Most students complete their degree in 4.35 years. 16 to 1 is the student to faculty ratio.