2,692 Yearly Graduations
$21,700 Median Salary
$9,500 Median Debt
Among those who recently graduated from the schools offering this degree, the majority were men, and 42% were students from an underrepresented racial-ethnic group. Also, 1.4% of IT graduates were international students.

Education Levels of IT Majors

In 2018-2019, 2,692 undergraduate certificate were awarded to IT majors. The following table shows the number of diplomas awarded in IT at each degree level.

Earnings of IT Majors With Undergraduate Certificate

The median salary for graduates holding an undergraduate certificate in IT is $21,700. This number may vary for a lot of reasons. For instance, you may decide to move to a location where people with your degree are rare and make more money. 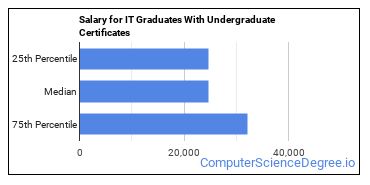 The median student debt for graduates holding an undergraduate certificate in IT is $9,500. The length of time it takes you to graduate and what college you attend can affect this number quite a bit.

The chart below shows the range of accumulated debt loads. On the high side of the range, $10,466 is the debt load, and the debt load on the low side is $9,500. 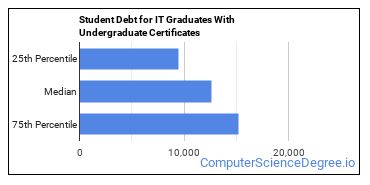 Those students who are paying back their debt on a 10-year repayment plan have a median monthly payment of $99.

More men than women pursue undergraduate certificate in IT. About 79.5% of graduates in this field are male. 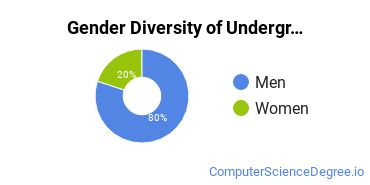 The racial-ethnic distribution of IT undergraduate certificate students is as follows: 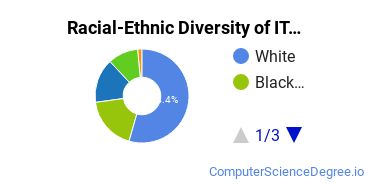 Below are some popular majors that are similar to IT that offer undergraduate certificate.